Musical omnivore Martin Fondse is a jazz and contemporary music pianist, composer and arranger who won the prestigious Dutch Boy Edgar Prize in 2017. The customarily accepted boundaries between genres like classical music, jazz, latin and world music simply do not exist in his world.

Fondse’s creativity in composing and arranging is distinctive. It reveals a humorous and narrative style ranging from poetic, empathetic to delicate.

Martin Fondse has released twelve albums under his own name and appeared on many more as a composer, arranger or sideman. 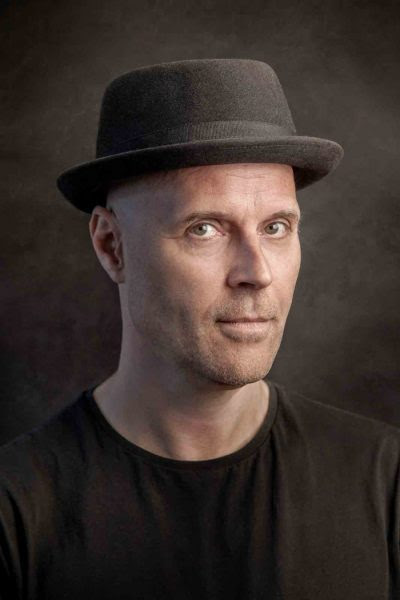 The Buma Boy Edgar Prize, the most prestigious award for jazz and improvised music in the Netherlands, has been awarded this year to pianist, woodwind player, composer and arranger Martin Fondse.
As part of the award, Fondse will curate a concert evening at the Bimhuis on 6 December 2017. During the occasion, he will be presented with the award, consisting of a cash prize of €12,500 and a sculpture by Jan Wolkers. VPRO will cover the evening on national public radio station NPO Soul & Jazz and on www.vrijegeluiden.nl

Martin Fondse (1967) plays the piano and Vibrandoneon (the baroque version of the melodica) and is, additionally, renowned as a jazz and contemporary music composer and arranger.

Martin Fondse mostly plays his own compositions, ranging from solo pieces to works for symphony orchestra. His musical universe stretches from cartoon-like music and traditional big band repertoire to music enriched by a variety of cultures, modern dance music and classical music. Furthermore, his music is notable for its narrative and humorous style, and his ensembles for their customary line-up of young talent and seasoned figures.

In the Netherlands, he maintains long-standing collaborative relationships with Eric Vloeimans, Mete Erker, Eric van der Westen and Remy van Kesteren. He was artistic director of the Sena National Youth Jazz Orchestra from 2015 to 2017, and has received both national and international awards for his orchestral work and film scores.

Excerpts from the jury’s report:

“The award goes to Martin Fondse in recognition of his diverse and richly colourful contribution to Dutch jazz and the music scene, his numerous ensembles, his compositions and arrangements, his contribution to film and theatre and for his role as motivator, source of inspiration for and mentor to countless young musicians and ensembles.”

“Martin Fondse’s interest in sound and timbre began at an early age, and his quest has been driven not merely by harmonic possibilities, but also by the possibilities offered by variations in ensemble line up and instrumentation, and by the contributions of musicians chosen from different backgrounds. He brings different worlds of music together … ”

“The evidence of Fondse’s omnivorous musical imagination can also be experienced in his keyboard playing and, more often recently, in his Vibrandoneon playing. The customarily accepted boundaries between genres like classical music, jazz, Latin and world music simply do not exist in his world.”

“The jury acknowledges his remarkable “artistic footprint”: his artistic accomplishments as a performer, composer, arranger, programmer and conductor. Fondse’s creativity in arranging and composing is particularly notable. It reveals a very personal, humorous narrative style […] poetic, empathetic and delicate. What he does goes far beyond instrumentation: he lifts compositions above their original style and genre.”

“The jury commends Martin Fondse for his ability to bring people together, through his music, his personal and professional conduct, his humour, and his optimistic outlook on life and the future. It applauds him not least for his motivating influence on the new generation of skilled amateurs, semi-professionals and emerging talents … ”

History of the award
The Buma Boy Edgar Prize is awarded each year to an artist who has long demonstrated his or her outstanding creative contribution to the Dutch jazz and improvised music scene. The award was conceived to highlight an individual musician that stands out as a key figure in the current scene.

The award ceremony and its affiliated concert evening is organised by the Boy Edgar Prize Foundation in collaboration with the Bimhuis.

The Buma Boy Edgar Prize 2017 is brought to you by the main sponsor Buma Cultuur with support from Sena, Bimhuis and North Sea Jazz. The media partner for the event is VPRO Vrije Geluiden (VPRO Free Sounds).

More information on the prize, the complete jury report, a biography and press photo material of Martin Fondse, and an overview of earlier prize winners, you can find elsewhere on this website and also in this PRESS KIT